Our senior classes and some of our school music group had a treat today as the NZSO (NEW ZEALAND SYMPHONY ORCHESTRA) came to our beautiful city and we went to see them.

Our bus ride took us down into the heart of Porirua and we got off at Te Rauparaha Arena.
Check out some of our photos.  We so enjoyed it all.

NZSO played so many songs and one famous one was "Royal" by Lorde, "Night in Tunisia", "Tango" and one that had Spanish flavour.
Here are some comments from us students
Alatina - "They were amazing!"
Ezel - "It was loud and I enjoyed it"
Angelica - "I found it awesome"
Jacqualand - "I liked listening to the music because it sounded good".

(Due to no photos allowed to be, here is an old photo of the
New Zealand Symphony Orchestra)

Our Wall of Fame - Olympian Heroes

Our Wall of Olympian Heroes

We have been having so much fun learning and watching the Olympics that for our Art session with our Faiaoga Eunice
we made our Olympian Heroes out of foil.
See our work below because we are so proud. 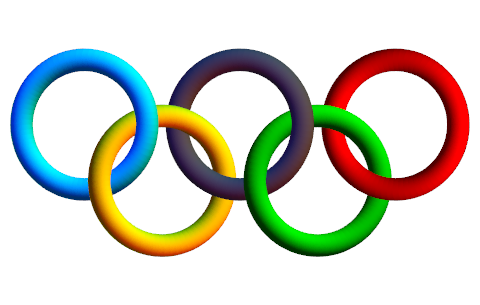 Welcome to Book Week & Rm 2 have some
awesome stories to share.
We all love a good read so ...
Happy reading

The Panther slowly stretches and clicks his back loudly.
He scratches his feet against the ground into the dirty mud.
The animals crouch own and look serious.
Lightning strikes and the Ape yells!
The animals began to sprint and the Panther comes first
but the Leopard comes last.
The animals run hard and the Cheetah catchs
up to the Panther.  The Cheetah becomes the leader.  He wins!  He is the sprinter who wins the 100 metre race.

The black serious Panther was prepared to race the other animals. Firstly the  black Panther stretched his legs and was training very hard just like a sprinter. Secondly he stretched his body out before the event after that the fast black panther
Was ready to race the other animals .
So as they were racing the black panther and the fast cheetah were racing it out and then the panther tried his best and he was at the end and he won the race!

In the coldest forest of all, the animals all came out one by one. The Armidillo slowly stood up as he stretched his arms getting ready to lift a one hundred pound bar. The Orangutang screamed as loud as he could and all the animals did their Olympic sport. The Armidillo lifted the log onto his chest and lifted his log as hard as he could. The Crocodile team were standing stiff on the cliff getting ready to dive into the deep sea of the jungle. The Puma, the Leopard and the Jaguar came running out of the jungle only to turn into a man. Lots of other people were looking over the hills of Rio in Brazil where the Olympic games would be. They all felt amazing and being thankful that they are in the Olympic games.